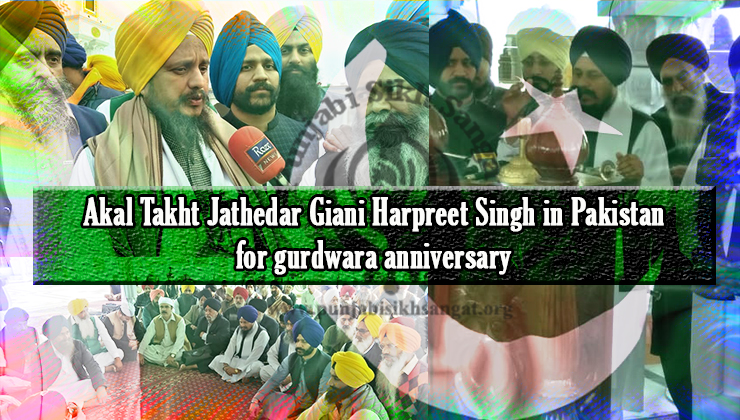 The Evacuee Trust Property Board (ETPB) and the Pakistan Sikh Gurdwara Parbandhak Committee (PSGPC) have specially invited Giani Harpreet Singh for the programme.

The massacre, known as Saka Nankana Sahib, took place at Gurdwara Janam Asthan in Nankana Sahib on February 21, 1921. The massacre was the core of the Gurdwara Reform Movement started in the early 20th century in undivided Punjab. Giani Harpreet Singh said Sikhs from Delhi would also join him in Pakistan.