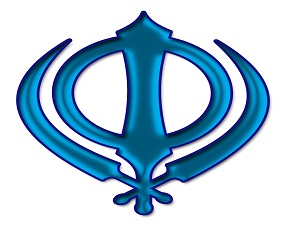 The word 'Sikh' means a disciple. So Sikhism is essentially the path of discipleship. The true sikh remains unattached to worldly things just as the lotus keeps its blossom over and above the surface of water. The Sikh must do his duty to his family and to the community. The main thing is leading a pure and moral life, full of noble deeds and kind words. A Sikh does not regard fasting, austerities, pilgrimages, alms-giving and penance as important things.