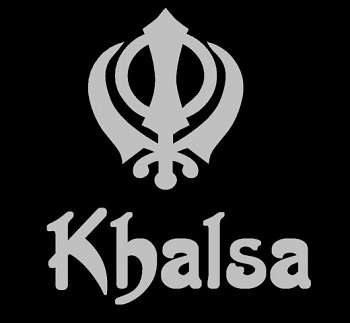 Duties of the Khalsa

In one of his poems, Guru Gobind Singh Sahib defines the Khalsa : "He who repeats night and day the name of Him, Who has full love and confidence in God, Who bestows not a thought on anv but one God, Whose enduring light is inextinguishable, Who puts no faith in fasting and worshipping cemeteries and monasteries, Who only recognises the one God and makes no fetish, Of pilgrimages alms, charities and austerities: He is recognised as a true member of theKhalsa, In whose heart the light of the Perfect One shines. I. The Khalsa is to worship one God and read Nitname (Five Banis) and daily meditate on the Name. II. He is to keep the symbols (Panj Kakar) and to lead his life according to the Guru's teaching. Gurmantra is Waheguru and the Basic creed is Mool-manlra. III. He has no caste after joining the brother-hood ; he has to repudiate non-Sikh rites and ceremonies, and follow only Sikh practices. IV. He is not to commit 'any of the four misdeeds (Kurahat) namely, the shaving or cutting of hair, eating Halal meat, adultery and the use of tobacco or any other intoxi-cant. V. He is not to commit any of the social offences (Tankhah), such as giving dowry, using liquors and intoxicants, raising monuments over graves and associating with apostates. VI. He must contribute one-tenth {daswand) of his income for religious purposes. VII. He is to serve the sangat in all ways VIII. He must practice arms and be ready defend the weak. The Khalsa was a saint-soldier wedded to the two-fold ideal of Bhagti and Shakti. He was to combine self-respect with humility.Guru Gobind Singh Sahib though a creator of the Khalsa regarded himself as their servent . He says, " To serve them pleases me the most; no other service is so dear to my soul." Like a loving father, he was prepared to forgive the sudden lapses of the Khalsa as in the case of the "Forty Immortals", whom he claimed as his own in the nick of time. The Khalsa was given a position equal to that of the Guru. The Guru consists of two parts : the body and the Name. The Guru nominated the Khalsa, as his body and Guru Granth Sahib as the embodiment the Name. That is why we use the title of Guru-Khalsa. The Guru acknowledged his debt to the Khalsa in one of his verses. "It is through them that I have gained experience ; with their help I have subdued my enemies. Through their favour, I am exalted, otherwise there are millions of ordinary humble men like me."