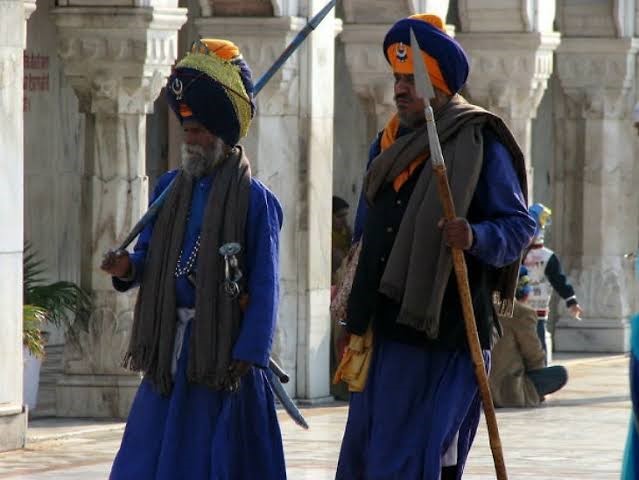 TARN TARAN: Two Nihang Sikhs, accused of murder in Nanded, Maharashtra, were shot dead by police in Tarn Taran on Sunday. Two SHOs were injured in the fracas that ensued when the Nihangs — an armed sect of the Sikh community — refused to show their identity proofs and attacked the policemen with swords. Tarn Taran senior superintendent of police D H Nimble said they had received intelligence inputs that the two Nihangs — Gurdev Singh and Mehtab Singh Khandewala — were hiding at Dera Sur Singh in Tarn Taran district after murdering Gurdev Singh in a dera in Nanded. “We conducted a raid to arrest them, but both had fled the dera past midnight,” Nimble said. Tarn Taran police sounded an alert. When the police tried to arrest them, the two Nihangs attacked them. Police opened fire in self defence and shot the two Nihangs. (With agency inputs)