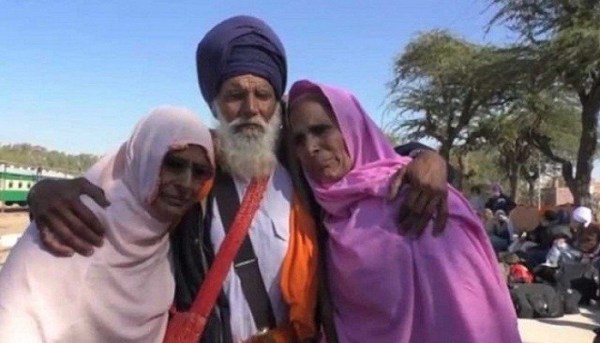 Nearly a month after denying permission to Sikh Jatha to go to Pakistan to attend centenary event of Nankana Sahib massacre, Government of India today changed its stand in terms of making excuses for the denial that angered the Sikhs across the world. The government has now cited that it did not allow the jatha to go to Pakistan as it did not come under the 1974 Bilateral Protocol on Visits to Religious Shrines between the two countries. However, in the denial letter, it cited security issue and pandemic situation. In a written reply submitted in Parliament of India on Tuesday to the question of Congress MP from Khadoor Sahib Jasbir Singh Dimpa, Union minister of state for home G Kishan Reddy said the protocol was the main reason behind the denial. The minister said under the Protocol, Sikh Jathas visit Pakistan annually on four occasions—Parkash Gurpurb (birth anniversary) of Sikhi’s founder Guru Nanak Sahib, Foundation day of Khalsa, Martyrdom’s Day of Guru Arjan Dev Jee and Death anniversary of Maharaja Ranjit Singh. He claimed that the jatha never visited it on any other occasion. This excuse of the government was also ruled out by the Sikh leaders by reminding it that special jatha visited Pakistan in August in 2019 when Nagar Kirtan was carried out from Nankana Sahib and it entered Punjab through Wagah border. They said the Minister told a lie by saying that the jatha never went there on any other occasion. While denying the permission, the government earlier made two excuses—one is safety concern of the jatha members in Pakistan and second is Covid-19 outbreak. Both the reasons were considered ridiculous as a jatha smoothly visited Pakistan in the month of November last year to celebrate Parkash Gurpurb (birth anniversary) of Sikhi’s founder Guru Nanak Sahib. Secondly, the pandemic no longer remained a serious threat in South Asia. All the worship places are open for devotees. Questions were also raised over denying the nod at the eleventh hour when all the pilgrims going to Pakistan had reached the Amritsar Sahib on February 17 evening from where they were to leave for Nankana Sahib, the birth place of Guru Nanak Sahib, where the centenary event was held, through Wagah border. They were shocked to hear the news of denying the permission and they could not stop the tears from falling down from their eyes which were eager to have darshan of the holy gurdwaras. The pain caused by this ruthless act of the government was felt by the entire Sikh nation which is already facing several discriminations in this country against it.