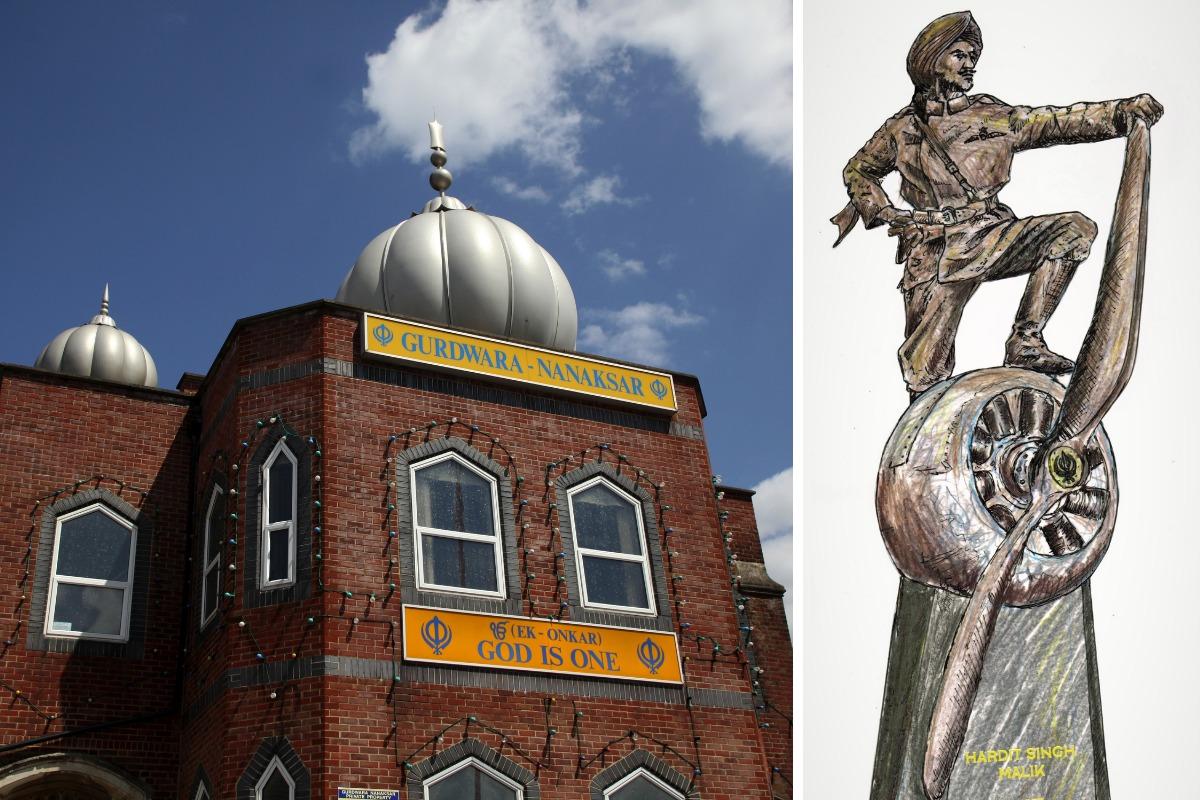 A MEMORIAL of a pioneering Sikh fighter pilot is planned to be erected in Southampton. First World War fighter pilot and BAME pioneer, Hardit Singh Malik, is set to be immortalised in a Bronze cast statue in Southampton city centre. Group Captain Malik, an Indian civil servant and diplomat prior to becoming a pilot, became known as the “Flying Hobgoblin” as he wore a specially designed helmet that fitted over his turban. He was the first Sikh to fly in the Royal Flying Corps and by the end of the war, was credited with two aerial victories, and of the four Indians who flew with the RFC and RAF, he was one of two who survived. The memorial is aimed at remembering what he and many other Sikh's did during the war and will also include a semi circle of seven monoliths branded with the texts and symbols of other religious faiths. On February 14, multicultural communities’ group, One Community Hampshire and Dorset, in conjunction with Southampton Sikh Gurdwara’s, approved the design of the statue that is planned to be placed near Havelock Road in the city centre. The statue will be created by West Midlands-based artist, Luke Perry and is set to be unveiled on April 16, 2023. Pritheepal Singh, CEO and Director of One Community Hampshire and Dorset, said: "This project certainly speaks for itself; strongly furthering Community Cohesion and Integration, and testifying to the major contribution our Sikh and broader ethnic minority communities to our country, as we live in such a vibrant multicultural society here in Southampton. "The project will benefit both our current and future generations historically, and also our local economy." The project is set to cost around £300k in total and is supported by BAME community leads from across the South Coast, academic experts, representatives of all three of the armed forces and the Chair of Hampshire FA. In a statement, the Council of Southampton Gurdwara’s said: "This historic project brings huge significance to our communities supporting our society and is very much overdue. "We are very proud that the world is not only going to be witnessing the Sikh memorial, but also in conjunction with this, those of other faiths and beliefs that also contributed so much in both those wars." A meeting is now set to take place with Southampton City Council on March 15 to approve the plans. Sculptor, Luke Perry, said: "Monuments such as this are a vital part of the fight for equal representation. "These artworks are long overdue thanks and recognition to the communities from around the world who have supported Britain in its past and continue to do so in vital roles not just in the armed forces but our health care and every aspect of modern life."