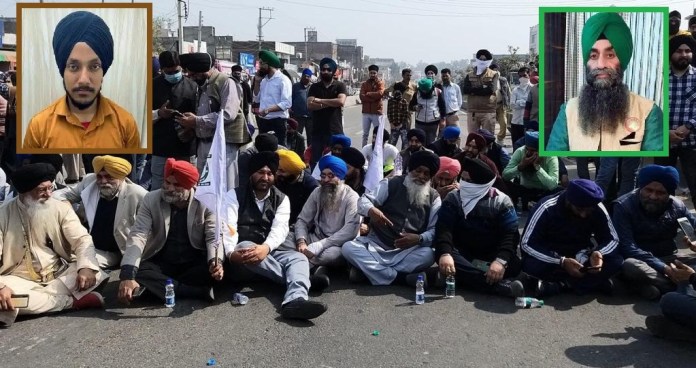 JAMMU, J&K—During the intervening night of February 22 and 23, the Crime Branch of Delhi police arrested two farmer activists, namely Mohinder Singh (45) and Mandeep Singh (23) from Jammu while accusing them of being the “active participants” and “key conspirators” in the January 26’s incident occurred at Lal Qila. Arrested farmer activist Mohinder Singh is a resident of the Chatha area in Jammu city, and he also heads the Jammu & Kashmir United Kisan Front. He actively participated in the ongoing farmers’ agitation against three controversial farm laws imposed by the Narendra Modi-led Indian government. Another farmer activist Mandeep Singh is a resident of village Gole Gujral of Jammu. Interacting with the media, Mohinder Singh’s wife informed that her husband was called at Jammu Gandhi Nagar police station by the SSP, after which his phone went off. “He (Mohinder Singh) informed me that he was called by the Senior Superintendent of Police (Jammu) and was visiting Gandhi Nagar Police Station before his mobile got switched off. Upon enquiring, I realized that he was arrested by police and shifted to Delhi,” Mohinder Singh’s wife told reporters. She claimed that her husband had nothing to do with the incident at Red fort on January 26 as he never went there. “Sardar Mohinder Singh was at Delhi border on January 26, and that’s why he went alone to meet SSP. If he had been involved in this incident, then he would have definitely refrained from visiting Gandhi Nagar police station alone,” she added. She further said that her husband is totally innocent and he should be released immediately. Locals block Digiana Ashram Road in protest of Mohinder Singh’s arrest As soon as the news of Mohinder Singh’s arrest came to the fore, outraged residents of Jammu city surrounded the Gandhi Nagar police station along with blocking Digiana Ashram Road. This blockade continued for over an hour, after which the Jammu police approached senior local Sikhs to pacify protesters.