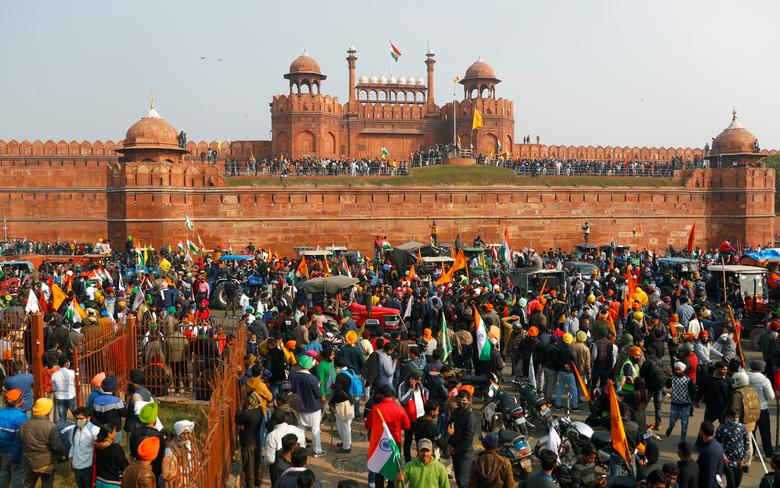 Thanks to the efforts of the Delhi Sikh Gurdwara Management Committee (DSGMC), six more farmers who were arrested by Delhi Police in connection with the incidents that took place on January 26, were granted bail by the court today. Those who got bail are Bhai Davinder Singh (Granthi), Sukhjinder Singh, Simranjeet Singh, Sandeep Singh, Lakhvir Singh, and Sukhraj Singh. “Our team of lawyers including DK Sharma, Sanjeev Nisar, Jaspreet Singh Rai, Harpunit Rai, and Jasdeep Dhilli is pursuing the cases registered against as many as 134 persons tirelessly and thanks to its hard work we have succeeded in getting bail for six more farmers. May Waheguru grant us success in getting bail for all those arrested”, said Manjinder Singh Sirsa, president of the DSGMC. These six farmers were arrested in the FIR registered in Pachhchim Vihar Police Station. The DSGMC chief who also made efforts in getting two elderly farmers—Gurmukh Singh and Jeet Singh—released from Tihar Jail and ensuring bail to labour rights activist Nodeep Kaur, assured the family of the detainees that they would get all released from the jail. 134 persons were arrested by Delhi under the charges that they committed violence and injured the cops, besides hoisting ‘Nishan Sahib’ (Sikh flag) atop Red Fort there. Some persons have been missing since January 16 when the farmers took out a tractor protest rally from the protest sites in protest against three draconian farm laws enacted by the BJP-led Union Government of India. However, human rights bodies are voicing against this action which is being termed as an act of suppressing the democratic voice of the farmers. While other Sikh organizations and lawyers are providing legal aid, the DSGMC has evolved a system to provide this aid. It has set up a room for its legal team, where the lawyers work to pursue the case. The families of those arrested are facilitated to meet the lawyers inside the conference hall of the committee’s office. Notably, the Delhi Police have also registered cases against the farmers’ leaders and activists—Deep Sidhu and Lakhbir Singh alias Lakha Sidhana. Sidhu who has been branded as “main conspirator” of the alleged violence, is in Police custody. However, no action was taken against the cops guilty of the death of Navreet Singh, a young farmer from UP and grandson of Sikh writer and historian, who were taking part in the rally.