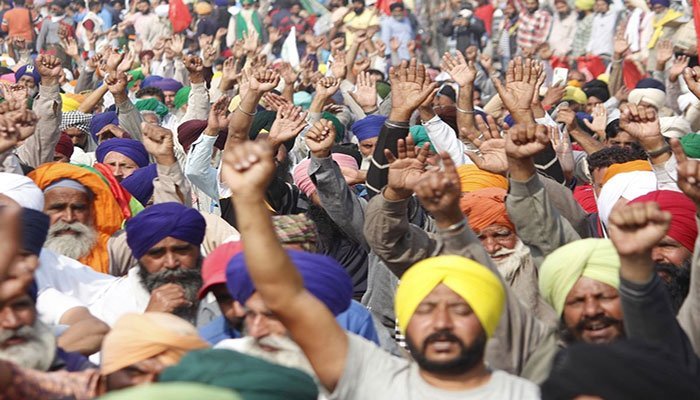 NEW DELHI: Sikh and Muslim farmers exhibited interfaith harmony at the farmers' protest on Monday. In a video shared on Twitter, Muslim farmers in the protest could be seen offering prayers on the street while more than a dozen Sikh farmers were standing next to them, in complete silence, to let them pray in peace. Indian journalist Rana Ayyub, who uploaded the video, wrote on Twitter that the video made her emotional. "Sikh brothers standing in solidarity with Muslims while they offer namaz at the farmers' protest," Ayyub wrote on Twitter.