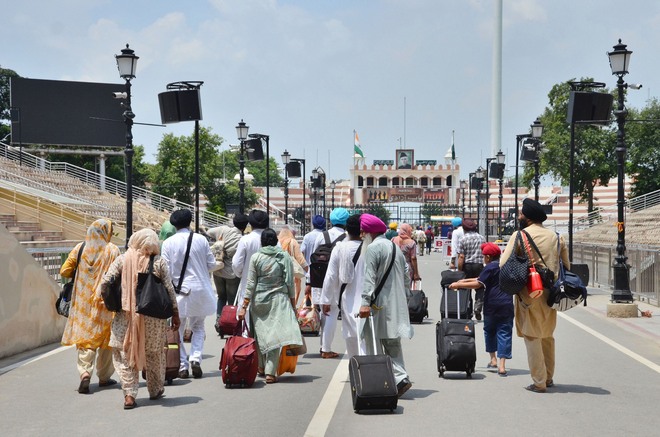 CHANDIGARH, Punjab—This year, the Indian government may reject the aspirations of Sikh pilgrims tending to celebrate the 551st Parkash Purab of Guru Nanak Sahib at Gurdwara Janam Asthan Nankana Sahib citing Covid-19 pandemic. Notably, thousands of Indian Sikh pilgrims celebrate this auspicious day in Pakistan every year. Although the Pakistan government has already depicted a generous behavior by inviting the Sikhs residing in India to join four days celebrations of Guru Nanak Sahib’s Parkash Purab but the Indian government seems narrow-minded in this concern.
The celebrations for the 551st Parkash Purab of Guru Nanak Sahib will begin on November 27 and conclude on November 30. It is learned that the SGPC has sent applications of 500 pilgrims to the Indian Ministry of External Affairs seeking completion of their visa formalities but no response has been received yet.
The SGPC officials are anticipating that the chances of India permitting Sikhs to celebrate Gurpurab in Pakistan are almost negligible.
However, Ferozepur-based International Bhai Mardana Yadgari Kirtan Darbar Society is expecting that the Indian government may not permit the Indian Sikhs to celebrate this auspicious day in Pakistan.
“We have not received the official nod from the MEA yet, but a few days back, we were approached by agency officials enquiring about the antecedents of the applicants. This indicated that the process was on to grant permission,” said Bhai Mardana Yadgari Kirtan Darbar Society’s president Harpal Singh.
It is pertinent to note here that the Indian government has already depicted an anti-Sikh stance while ignoring the demand of Sikhs to permit them to mark the first anniversary of Kartarpur corridor at Gurdwara Sri Kartarpur Sahib.