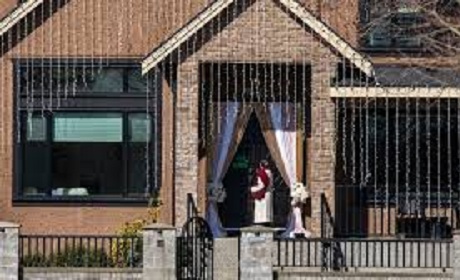 Weddings cancel after gatherings of more than 50 banned in B.C.

Grooms and brides in B.C. are rearranging their upcoming nuptials after the province banned gatherings of more than 50 people — even though some couples were expecting hundreds of guests.

Prashant Saxena was planning to get married in a big Hindu celebration with more than 250 guests this Saturday. "We made the decision Tuesday night. We cancelled everything," he said. "The hall was very accommodating to us."

The guest list has now been whittled down to 30 guests who travelled from out-of-town to attend. Saxena says it was the right thing to do. "I don't think we can go around and say, 'Oh poor me, I can't have the wedding the way I want it,'" he said. "There's a lot of other people that are suffering a lot more."

Malkiat Singh Dhami, president of the Khalsa Diwan Society, says there's only one wedding scheduled for this Saturday at the Sikh gurdwara at Ross St. and Marine Drive in Vancouver. "People are mostly thinking about postponing it," Dhami said. "There are few people they still want to go ahead, but with very limited numbers of guests on both sides."

The bride and groom for this weekend's wedding have agreed to limit their guests to immediate family. Others are postponing their events once they've been given a new date in October or November. Dhami says some are willing to do mid-week ceremonies in order to secure a date.

The Sikh temple will remain open unless something drastic happens, he says, but the financial implications go beyond vendors and clients. "There will be a big shortfall of revenues for the gurdwara too," he said.