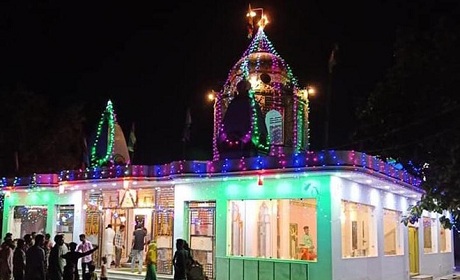 After row, govt takes control of 200-year-old temple in Fazilka

In a bid to prevent any untoward incident, the government has taken control of the management of over 200 years old Baba Ramdev Temple constructed in 1799 at Banwala Hanuwanta village of Fazilka district following a dispute between two groups.

Sub-Divisional Magistrate, Fazilka, Subhash Khatak exercising the powers under Section 145 and 146 of CrPC has asked the field kanungo of the Tillanwali area to take possession of building, cash box and cash-in-hand of the temple.

A few villagers submitted a memorandum to DC on October 4 claiming that the managing committee of Baba Ramdev Temple comprised members from all walks of life of the village. But some persons of a particular community allegedly grabbed control of the committee. On the other hand, members of the managing committee alleged that some villagers wanted to take over the committee, but a majority was against their inclusion.

The kanungo has been directed to present report before the court after every week.Some villagers of Banwala Hanuwanta village submitted a memorandum to Deputy Commissioner on October 4, stating that a managing committee of the temple was constituted in 1962 comprising of members from all walks of life of the village. But some persons of a particular community allegedly grabbed the control of the committee.

The villagers alleged that the community members also encroached upon three rooms of the temple and turned these into the memorials of their elders. Besides, they allegedly also took away valuables and important documents relating to the property of the temple and misappropriated the amount offered by devotees. The villagers demanded to constitute a joint committee to run the temple affairs after conducting an enquiry. The DC directed the SDM to take necessary action. The SDM summoned the parties concerned and recorded their statement. On the other hand members of the managing committee alleged that some villagers wanted to take over the managing committee, but a majority was against the inclusion of these persons.

The SDM sought a report regarding law and order situation in the village from the police. The SSP said there was tension in the area and untoward incident could not be ruled out. Thus the court of the SDM ordered to appoint a receiver to take control of the temple.