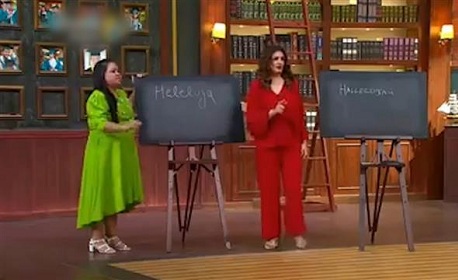 Bollywood actress Raveena Tandon, producer-director Farah Khan and comedian Bharti Singh have been booked by the Amritsar Rural police for allegedly hurting the religious sentiments of the Christian community in using the word “Hallelujah” on a web show.

Along with a video, the police received a complaint from Sona Masih, also known as Sonu Jafar, general secretary of the Punjab Pradesh Congress Committee and president of the Christian Samaj Front. Sonu Jafar alleged that when the entire world was celebrating Christmas in December, three B-Town actors made a mockery of the pious word ‘Hallelujah’ (word of praise to God) in a programme called ‘Backbenchers’.

Sonu Jafar received the video from Dhariwal Sonu Stephan, in which they were seen “making fun” of the word from the Bible. “This has hurt the sentiments of the Christian community and we sought stringent action against them,” he said.