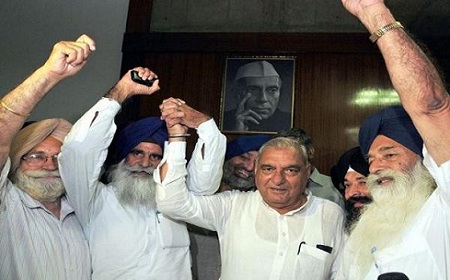 The Supreme Court of India has deferred hearing on a petition challenging HSGPC’s legitimacy onto January 14, 2020. Notably, this petition was moved by the Kurukshetra based SGPC member Harbhajan Singh immediately after constitution of HSGPC in 2014.

Sharing the development with media, the HSGPC’s general secretary Joga Singh expressed wonderment over again and again deferring the hearing of this case by the Supreme Court. He said that the petition is pending in the Supreme Court for more than 5 years and five chief justices have got retirement during the proceedings of this petition.

The HSGPC was constituted by the Bhupinder Singh Hooda led Congress government of Haryana on July 11, 2014. Before the constitution of the HSGPC, all Gurdwaras and SGPC institutions in the state were under control of SGPC, which has headquarters in Sri Amritsar Sahib. The SGPC claimed that the formation of HSGPC was unconstitutional, as per the All India Gurdwara Act of 1925.

The SGPC has since challenged the HSGPC’s existence by moving a petition in the apex court of India. The SGPC had also refused to return keys to various Gurdwaras in Haryana, to the HSGPC, even though it was given legal status by the Haryana government.