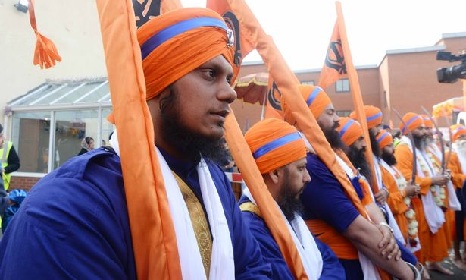 A bid for Sikhs to be included as an ethnic group in the UK census has been rejected by a High Court judge.

The Sikh Federation UK argued at a hearing in November that it would be "unlawful" for the 2021 Census not to include a "tick-box" option for people to record themselves as being of Sikh ethnicity. It asked for a declaration that a draft census, which does not contain a Sikh ethnicity tick box, will be unlawful in the event it is approved by Parliament.

But, dismissing the case in a ruling on Thursday, Mrs Justice Lang said it was "premature". The judge said if she had made the declaration sought by the federation, Parliament would be prevented from scrutinising any regulations put forward.

Lawyers for the federation told the court in November that not everyone who identifies as an ethnic Sikh would also identify as being Sikh by religion. They said the Government recognised, during the consultation process for the forthcoming census, that there is evidence to suggest that Sikhs are experiencing "significant disadvantage" in terms of employment, housing, health and education, and that having data on the ethnically Sikh population would help public bodies to "better meet the needs of the Sikh population".

The federation, which has been campaigning on the issue for 15 years, said it brought the legal action against the Cabinet Office, with the support of more than 150 gurdwaras and Sikh organisations across the UK. In a statement following the launch of the case earlier this year, the federation's chairman, Bhai Amrik Singh, said: "Without public bodies monitoring Sikhs as a distinct ethnic group, they cannot be aware of the barriers Sikhs face as a religio-ethnic community.

"As a result, decisions are taken by local authorities and central government, on the basis of inaccurate data, that overlook the specific needs of this community." The 2011 UK Census recorded about 430,000 Sikhs based on a question about religion, which it was not compulsory to answer.

However, the Sikh Federation estimates there are approximately 700,000 to 800,000 ethnic Sikhs living in the UK. In Birmingham, according to the 2011 census, just over 3 per cent of the population (about 32,000 people) identify as Sikh by religion, higher than the national and regional average.

But events such as Vaisakhi attract more than 100,000 people, with two processions taking place - one from Hockley and one from Smethwick. The processions head to the site of a huge free festival in Handsworth Park every year.