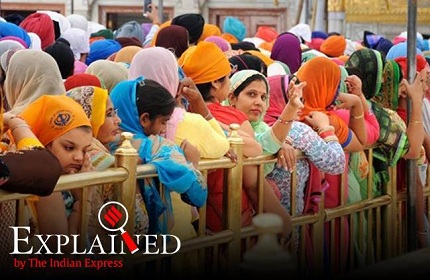 Why women are not admitted to SGPC-run Sikh missionary colleges

However, Sikh women are not allowed admission in SGPC-run Sikh missionary colleges even though the Sikh Gurus have always advocated gender equality. The Indian Express explains the courses offered by these institutes and why Sikh women are deprived of them.

What is the purpose of the SGPC-run Sikh missionary colleges? These colleges aim to produce parcharaks (propagators of Sikh religion) and Kirtan Raagis (those who sing religious text and devotional songs). Dedicated religious study is the sole purpose of these colleges.

What is on offer at such colleges? The Sikh missionary colleges offer three year Kirtan (Gurmat Sangeet), Tabla Vadak and Parcharak courses. The students need to stay at the college throughout three years. A new batch is admitted only after the previous batch has graduated. A maximum 50 students can be admitted to each course but in majority of these colleges, the seats remain vacant.

These courses are free of cost and boarding and lodging charges are borne by the SGPC, which also gives a monthly stipend of Rs 1,200 to each student. The classes starts at 4 am and continue till 8 pm with breaks for breakfast and lunch. Only male students are admitted to these colleges, mostly after completing 10+2.