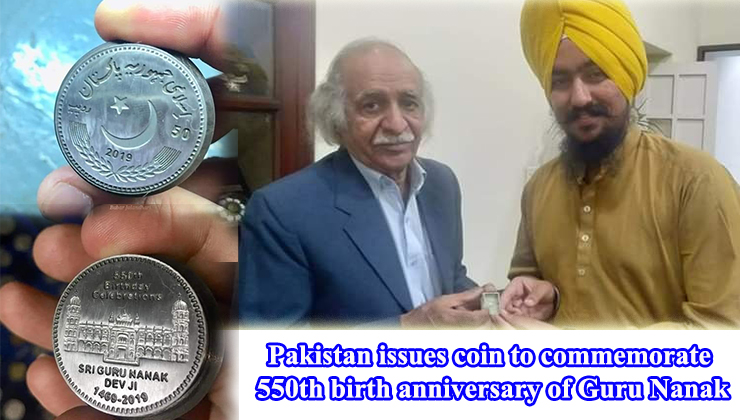 The government of Pakistan on Tuesday issued coins to commemorate the 550th birth anniversary of Baba Guru Nanak, marking the opening of the Kartarpur Corridor for the Sikh pilgrims from India.

The opening of the Kartarpur Corridor has become a major initiative as it comes amid heightened tensions between India and Pakistan, following the Centre's decision to revoke Article 370, that granted special status to Jammu and Kashmir.

The coin, worth Pakistan rupee 50, will be available at the Kartarpur Sahib along with a postal stamp worth PKR 8 to the travelling pilgrims, as reported by news agency ANI. The commemorative coin will be available for the Sikh pilgrims on the opening day of the Kartarpur Corridor on November 9th 2019, during which, Sikh pilgrims from India will be allowed visa-free entry to perform religious rituals at the holy site.

Kartarpur corridor holds a great significance for the Sikh community, as it is by far the holiest site, located in Narowal district of Pakistan's Punjab province. Prime Minister Imran Khan will be inaugurating the corridor on 9th November. He also laid the foundation of Baba Guru Nanak University in Nankana Sahib, signifying the importance of the overall initiative and its religious value.