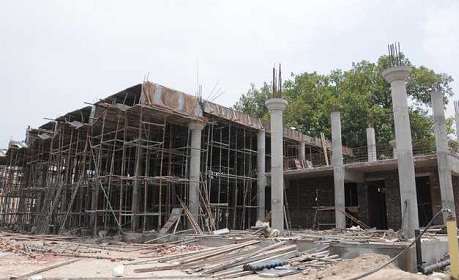 In an attempt to break the deadlock over joint celebrations of 550th birth anniversary of Guru Nanak Dev at Sultanpur Lodhi on November 12, SGPC president Gobind Singh Longowal today appealed to Chief Minister Capt Amarinder Singh to follow in the footsteps of Dr Manmohan Singh.

Stating that he was personally pained by the manner in which the pious occasion was being politicised, Longowal emphasised that any move to commemorate the occasion should be held above the party lines. Citing the example of religious occasions held in the past under the tutelage of the SGPC, he reminded Capt Amarinder’s participation in his capacity as the CM along with the then PM Dr Manmohan Singh during the 400th anniversary of Guru Granth Sahib installation programme held in Amritsar in 2004.

“The state and the Centre in the past have always been contributing and participating wholeheartedly in religious functions organised by the SGPC and I have every reason to believe that the CM will help in upholding this tradition during the 550th Gurpurb celebrations too.”