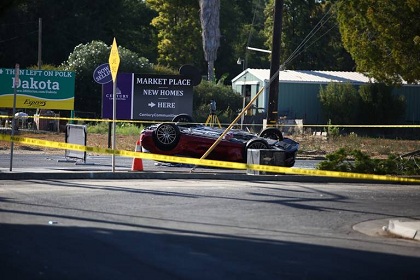 A Sikh Institue leader was killed Sunday in a single-car crash west of Highway 99 in Fresno.

The woman was identified as Guddi Sidhu, a television and radio host in the Sikh community who served on the executive board of the Sikh Institute in Fresno. Her identity was confirmed by the Sikh Institute in a message to The Bee. She was listed as the board’s vice president on the group’s website.

Members of the Fresno Police Department’s collision reconstruction unit are investigating the crash, which happened on Cornelia and Ashlan avenues just after 2 p.m. The car was traveling south on Cornelia when the driver lost control and crashed into a Pacific Gas & Electric Co. cable, police said.

The car went airborne and overturned. The driver died at the scene. The cause of the crash remained under investigation.