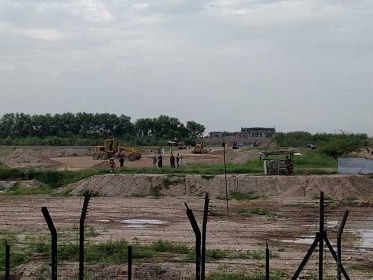 Guru’s 550th birth anniversary: Pilgrims will have to return by sunset

A part of the $20 fee per pilgrim to be imposed by Pakistan will be spent on providing lunch to them during their daylong stay at the Kartarpur shrine once the 4.6 km-long corridor is operationalised on November 9.

Even as the two governments are yet to sort out several issues, including allowing a protocol officer to accompany the devotees, a consensus has emerged on visiting hours. The Pakistan Government says the passage will be opened from ‘Namaz-e-Fazr’ (sunrise) to Namaz-e Maghrib (sunset). The Indian authorities have consented to it.

“Devotees who will not cross over will be allowed to move to Darshan Sthal, which is 600 metres away, for a glimpse of the shrine through 10 long-range telescopes to be installed there,” Randhawa told The Tribune. The Land Ports Authority of India will begin work on installing electrical and electronic appliances and internal landscaping on October 15. “That done, Customs and security officials will be allowed to start work,” said an officer.

Jeetendra Singh, vice-president, Ceigall India Ltd, the firm constructing the passage, said the company had almost completed its work. “We have started the work to install signages, laying of footpath tiles and median plantation,” he said. Meanwhile, a press conference will be held by the Ministry of Home Affairs at Zero Line on October 5.