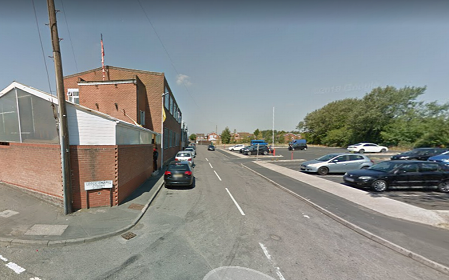 Row over controversial Sikh community centre in Oldbury rages on

Controversial plans for a Sikh community centre could still go ahead after councillors called for more details on how it will operate.

Members of Sandwell’s planning committee voted to defer an application by the Gurdwara Guru Hargobind Sahib for a 330 square metre building on the temple’s existing car-park in Upper Chapel Street, Oldbury. Councillors postponed their decision saying they needed more information before making a final decision.

But their deferral was criticised by residents who presented a petition with 180 signatures opposing the plans. The application is the temple’s second attempt to obtain planning permission after councillors rejected a similar plan last year on the grounds that 68 car parking spaces was not enough.

The Gurdwara has since applied to demolish a building 300 metres away and use the land as overspill for vehicles, increasing the number of spaces to 89. But, initially, council officers recommended rejection of the plans saying they estimated the centre required an additional 30 parking bays to accommodate 150 people and ensure highway safety.

Then there is Black Country Crime Watch, where people share the latest news and warnings and the brilliant We Love The Black Country group. They also said the centre would be too close to residents' homes, contrary to local planning regulations requiring 14 metres of separation between the building and homes.

Rejecting fears it may be used as a banqueting suite, a temple representative said it would be used for education classes and events for the whole community while the car park would be available to residents and businesses outside hours of worship. The meeting was told designs only showed a single-storey, large hall with toilets and no precise details of the exact use of the building and the times it would be used had been supplied.

Cllr Peter Allen, accepting officers’ suggestions to defer, said:” We have an empty shell of a building and we don’t know what is going to go in there, until we know that Highways cannot make an redetermination on building for 150 people. “All we have now is a building with toilets - with no storage, no changing rooms, no activity rooms and we don’t know how it will be laid out which would determine the volume (of people) using it at any one time.

“We need more information to make a determination on this.” But resident, Sarah Badger, criticised the postponement saying it was the second time a decision had been deferred. She said: “This should have been heard in September. The council asked the applicants if they want more time to answer these questions. So they’ve had the last month to bring this information forward and they haven’t done it again.

“They have been given time after time to provide this.” She added councillors should have rejected the application because the building would be too close neighbouring homes. “With the separation distances, it’s black and white. The council’s own documents say it must be 14 metres and its 11," she said. "So I don’t know why they couldn't make a decision because it is going against what the council policy is.”

The plans are now expected to be discussed again at the committee's November meeting.