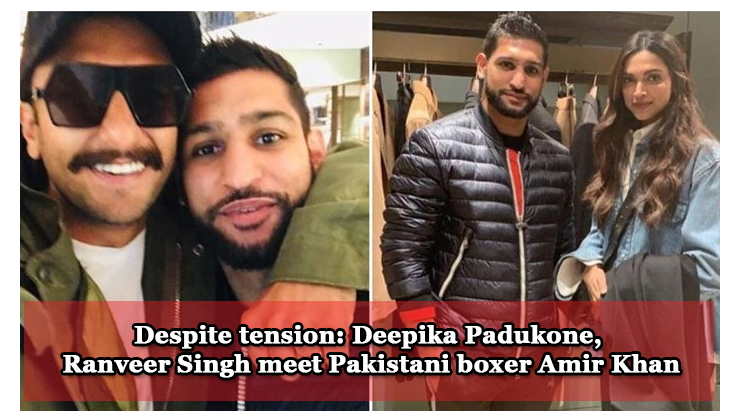 Amidst rising tensions between India and Pakistan over impending crisis in Kashmir, celebrities from both the countries are uniting nevertheless to impart a message of love and peace.

It was only recently that Bollywood superstars Deepika Padukone and Ranveer Singh met British-Pakistani boxer Amir Khan in London in the midst of Ranveer's shooting schedule of upcoming starrer '83'.

Pictures of their meeting were shared by the boxer on Instagram. “Lovely meeting the power couple of India deepikapadukone and ranveersingh enjoying London," Amir Khan wrote while uploading the pictures.

Meanwhile, Deepika and Ranveer will appear together in '83' where they will play Kapil Dev and his wife Romi Dev. On playing Romi, Deepika said that while very little is known of her, her family has known the Devs for years. “There isn’t a lot of material available on her. I have met her a few times, including our wedding reception, and I have interacted with her socially over the years. I am also referring to whatever material the director’s team has sent across to me. My parents have known their family for many years. So, I feel I know her and hope that she is proud and happy with the film. I intend to connect and spend some time with her before I start filming to be able to understand her perspective better.”