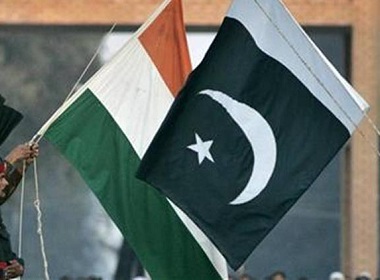 Pakistan said that it remains committed to complete the Kartarpur Corridor despite the return of events post scrapping of Article 370 by India.

Meanwhile, Punjab jails minister expressed hope that the work on other side of the border (on the corridor) was continuing smoothly. He claimed that the work on the Indian was progressing at a fast pace. The delegation will be led by OP Soni (medical education minister), with Jails Minister Sukhjinder Singh Randhawa and Tourism Minister Charanjit Singh Channi as members. The Centre last week gave its permission to the Punjab delegation that would also assess the work on the Kartarpur Corridor aimed at giving access to Indian pilgrims to Gurdwara Darbar Sahib in Kartarpur across the border.

The ministers will seek visa to be in Pakistan from August 22 to 27. Randhawa said the state government wants to ensure that the 550th birth anniversary of Guru Nanak is celebrated with peace and brotherhood. He said the first Jatha of devotees would go to Pakistan on November 8. An akhand path would also be organised by the Punjab government at Nankana Sahib Gurdwara in Pakistan to mark the beginning of the celebrations.

The Punjab government wants Prime Minister Narendra Modi to flag off the first Jatha to Pakistan and has written to his office for confirmation. The state wants to organise the events from November 5 to 15 and has invited President Ram Nath Kovind for the main function. The date would be decided after getting appointment from the President.

Chief Minister Amarinder Singh had on Wednesday hoped the downgrading of diplomatic ties by Pakistan would not adversely impact the Kartarpur corridor project. India and Pakistan had last November agreed to build the Kartarpur corridor to enable devotees access and pay obeisance at the historic Darbar Sahib Gurdwara in Pakistan’s Kartarpur, the final resting place of Sikhism founder Guru Nanak Dev.

The corridor will link the Dera Baba Nanak shrine at Gurdaspur in India’s Punjab with the Gurdwara Darbar Sahib at Kartarpur in Pakistan. Kartarpur is located in Pakistan’s Narowal district across the Ravi river, about four km from Dera Baba Nanak. The four-lane highway connecting the ‘zero point’ of the Kartarpur corridor up to National Highway-354 is being constructed by the National Highway Authority of India (NHAI). Vice President M Venkaiah Naidu and Punjab Chief Minister Amarinder Singh had, on November 26 last year, laid the foundation stone of the Kartarpur corridor in Gurdaspur district.