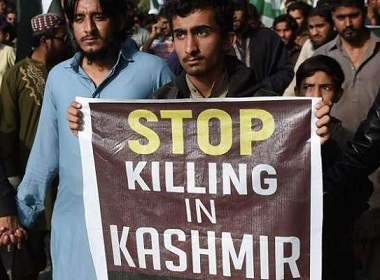 On the occasion, Sardar Jaskaran Singh strongly criticised the large scale violation of human rights by the Indian occupying forces in the held valley. He added that freedom was the basic right of the people of Occupied Jammu and Kashmir and no one could deny this fact. The Sikhs vehemently condemned genocide and custodial killings of the innocent Kashmiri people at the hands of the Indian occupying forces. The rally ended at Allama Iqbal Chowk.