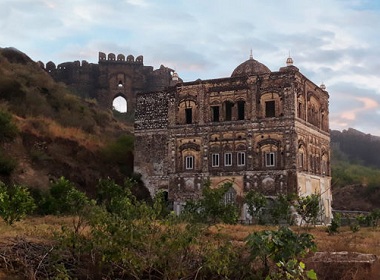 LAHORE: The Evacuee Trust Property Board (ETPB) has unveiled plan to reopen the historical 19th century abandoned Gurdwara Chowa Sahib after its restoration to its original magnificence.

Gurdwara Chowa Sahib is located at the northern edge of the Rohtas Fort’s Talaqi gate near Punjab’s Jhelum city and its construction was completed in 1834. This is the latest announcement in the series of decisions made to facilitate a large number of Sikh pilgrims (yatrees) which have been hosted by the Pakistani government every year.

Earlier, the federal government had taken initiative to open the Kartarpur Corridor, which will link Gurdwara Darbar Sahib in Pakistan with India’s Gurdaspur district, on the 550th birth anniversary of Sikhism founder Baba Guru Nanak in 2019 while its foundation had been made by Prime Minister Imran Khan on November 28.

Besides the Kartarpur border opening, the government had also announced to construct a new railway station in Nankana Sahib in order to facilitate tourists especially Sikh pilgrims. Moreover, the federal authorities had also made a decision for not constructing any buildings on the 30-acre land used by Baba Guru Nanak for agriculture.