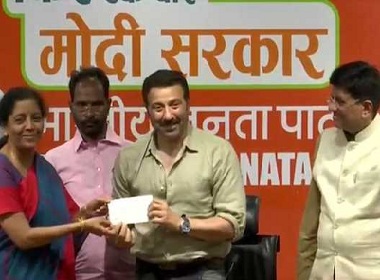 Appreciating his work in ‘Border’, she said Deol has touched the people with his nationalist image and he was someone who understood the pulse of the people. There were speculations that he could be the BJP candidate from Amritsar. Deol had met the party president Amit Shah two days back at an airport in Pune.

The party is yet to announce candidates for three seats in Punjab -- Amritsar, Gurdaspur and Hoshiarpur. The BJP is contesting from three of the 13 parliamentary seats in Punjab.